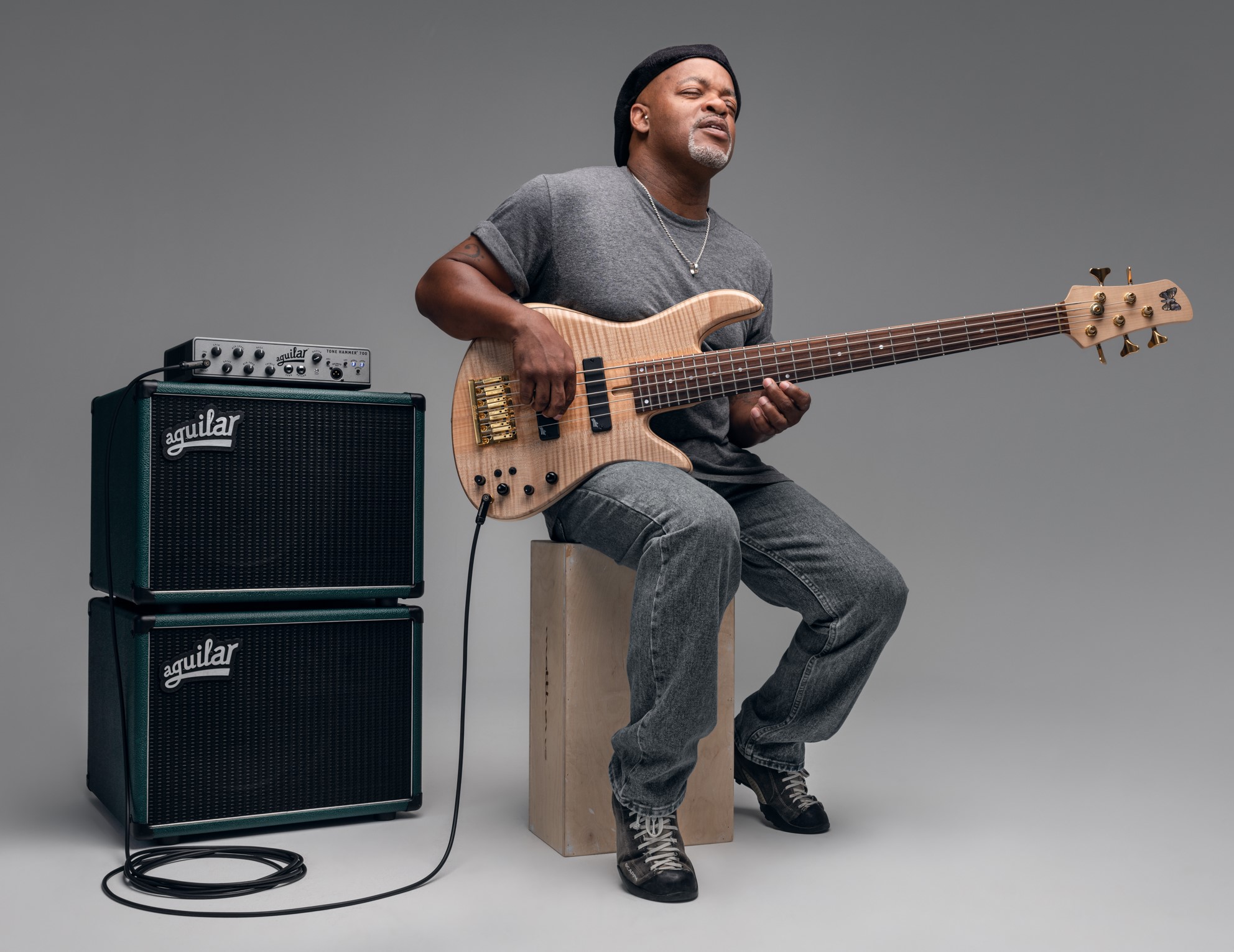 Anthony Wellington is a musician who plays electric bass guitar and has a passion for music education.  He coined his unique approach to music “Bassology©” and he has been developing and delivering his one-of-a-kind Bassology curriculum since 1995.  The effectiveness of Bassology has made Anthony one of the most in-demand bass and music theory educators in the world.

As an artist, Anthony is widely recognized as the second bassist in the Victor Wooten Band.  He has also recorded and performed with many artists such as Paolo Schianchi, Jenn Hartswick, Natalie Cressman, Dan Levitan, John Lusky, Jazz is Phish, The James Brown Dance Party, His Boy Elroy, Jim Mayer, Walter Hawkins, and Lisa Williams.

He is endorsed by Fodera for basses and strings; Aguilar Amplification for amps, pick-ups, preamps, and pedals; and Lathon Bass Wear for apparel and swag.

Anthony has written, recorded, and produced for R&B, rock, Celtic, Reggae and Top 40 artists at his Ant Farm Recording Studio in southern Maryland.  He is an on-call bassist for Night Sky Studio and Baltimore jingle house Clean Cuts Music and Sound Design.

An avid traveler, Anthony created Bassology Around the World and Bassology at Sea to give students the opportunity to vacation and get the Bassology curriculum on cruises and trips to exciting destinations.

A native and resident of the Washington, DC area, Anthony began playing bass at age 12 and attributes his discipline and drive for musical knowledge to his beloved Oxon Hill High School music teacher, Mary King.  He studied Studio Music and Jazz at the University of Miami’s Frost School before leaving the formal academic world for real-world playing experience.